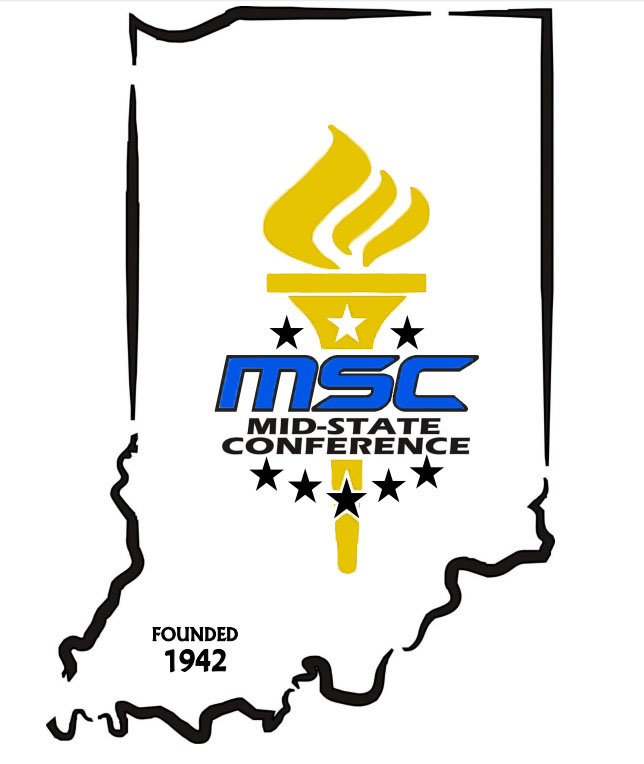 For 20 years, Perry Meridian High School had participated in Conference Indiana; but now the tide changes. Perry is joining the Mid-State Conference in its 75th year. The decision took place after the opening of Perry Stadium.
Athletic director Doug Schornick, in connection to the change, says, “Doors really opened for us after the stadium.”
However, many things will be thrown into motion with this move.
In the Mid-State Conference, Perry will join other high schools such as Franklin Community, Whiteland, Decatur, Greenwood, Plainfield, Mooresville, and Martinsville; leaving school rivals, Southport, in Conference Indiana.
In regards to leaving the classic rivaling school, Schornick says, “It’s a rivalry that is welcome between both schools,” clarifying that Southport will still remain on schedules throughout the year.
All teams will face the school rivals at least once within their season.
However, Perry will be leaving many other teams behind, such as Bloomington North, Bloomington South, Columbus North, Columbus South, Terre Haute North and Terre Haute South. This lets go of hour-long traveling in the middle of the week.
Perry ends their time in Conference Indiana, winning 93 games and losing 128, with 1 tie after a two decade long commitment.
This transition to a new conference will also bring ticket price changes. For many of the big events, such as football and girls and boys basketball, tickets will be up-charged to $6 a piece. This price being changed from $5 may not seem like much, but may impact the wallets of students without jobs who wish to go to the games this year.
Another change coming this year are round robin tournaments, which place 3 or more teams on the same field or court, allowing them to play more than one game in a day in the single athletic area. This addition will be applied mostly where teams have a multitude games or meets throughout the season, allowing them to take care of more than one in a single day.
Some students are still unaware of the change of conference, even though it will be a big part of the school dynamic for the upcoming year.
“I have heard pretty much nothing about it, and I feel like not many other people have either. But I think the switch is for the better. We have a clean record now, and we can attack without fear,” says freshman Evan Creager.
New teams being added to the schedule may prove to be a beast for falcon athletes to conquer. For example, in football the conference champion Decatur Central Hawks hold a better record than the conference Indiana champion Franklin Central Flashes according to MaxPreps.
“The atmosphere should be even bigger this year,” said Creager, “We have to work harder, so everything should be bigger.”